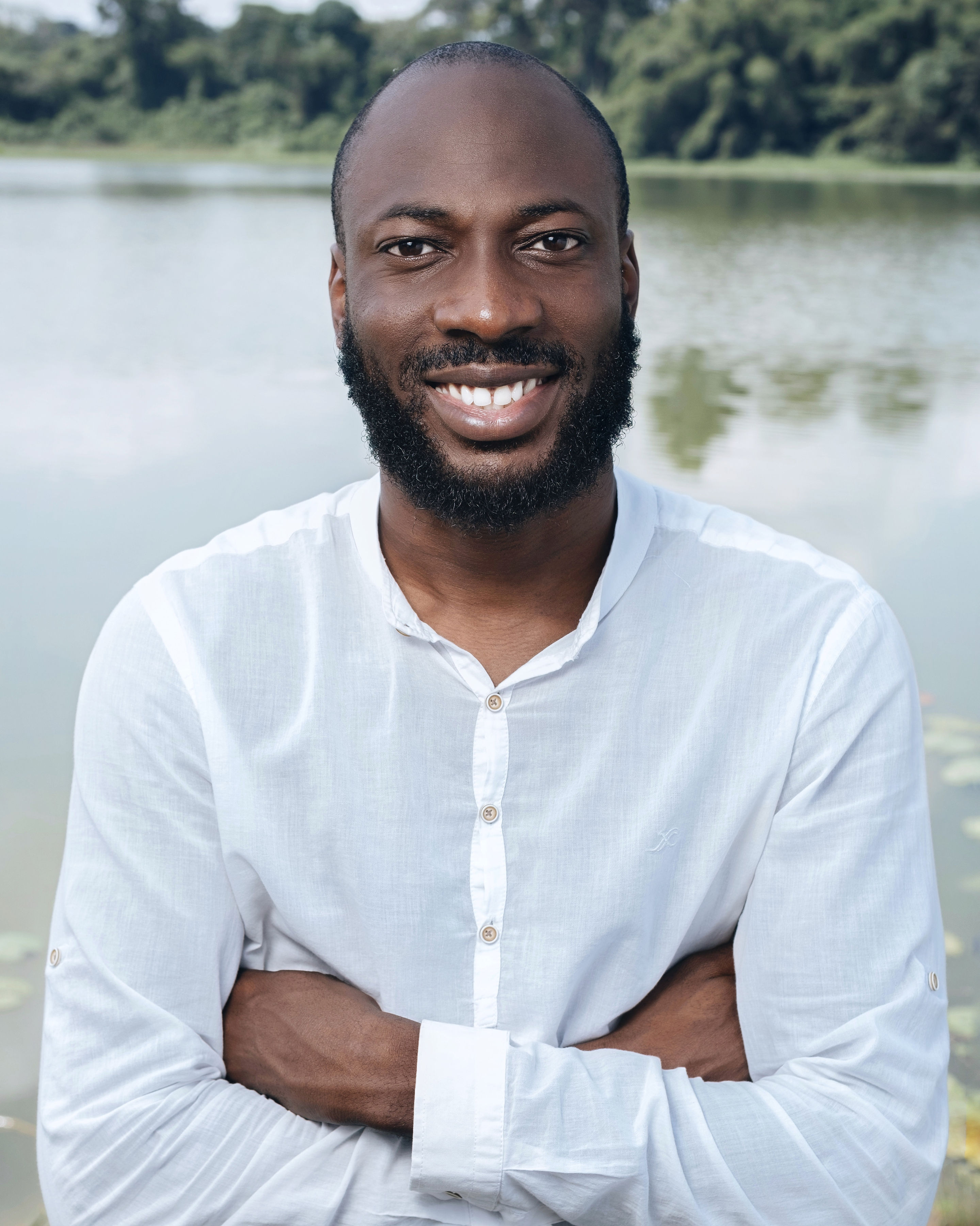 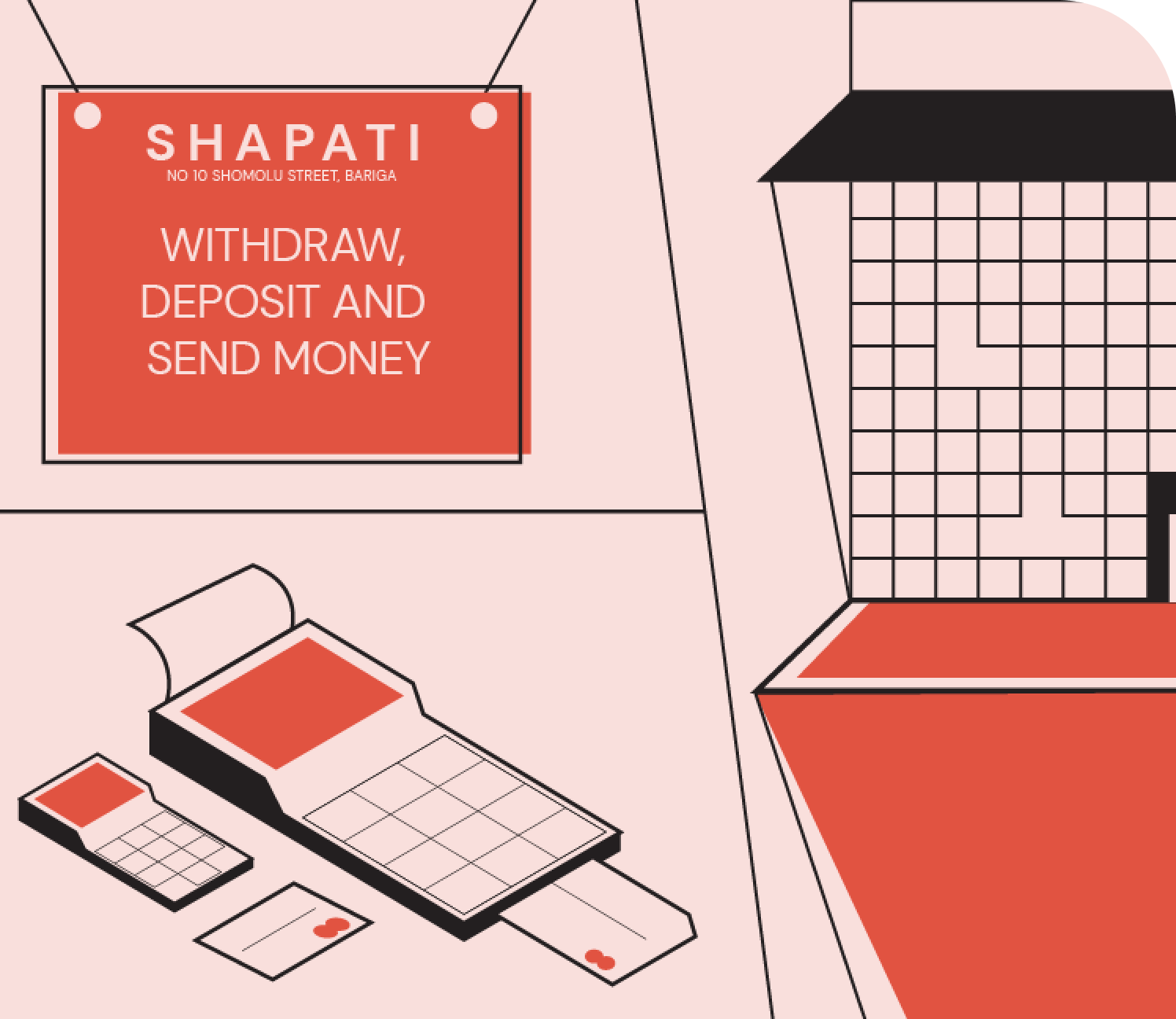 In this article, we'll answer the following:

What is Mobile Money?

Mobile Money or Agency Banking is the generic term used to refer to the technology that facilitates the movement of money between individuals and businesses who may not have a Bank account domiciled at a traditional bank. This may be in terms of CICO (Cash-in-cash-out) transactions — where a customer might exchange cash (cash-in) for electronic value or vice versa.

Mobile Money transactions can also take place via Mobile Money Agents — individuals who are licensed by a Mobile Money Service Provider to collect cash deposits and provide cash-out services on the company’s behalf. In most cases, these individuals acquire the licenses, devices and set up stalls using their own capital.

In the United States, a cashier at your local Walmart or Walgreens can be considered a mini Mobile Money Agent since they can collect cash deposits and add the equivalent dollar amount to your CashApp app with the CashApp PaperMoney feature.

On the surface, the reduction in the number of physical banks might seem great since the internet and mobile phones are now widely available.

Many banks have found ways to lean out their operations by introducing internet and mobile banking services — a testament to the level of innovation within the Nigerian financial technology space. In Nigeria, thanks to NIBSS, inter-bank transfers are completed nearly instantly. I’ve previously recorded a time of 2 seconds from the time I hit send on my Kuda app to receiving it in my UBA Bank account with charges as low as $0.11 per transaction. This is not the same experience in other parts of Africa — in Ivory Coast, for example, Bank to Bank transfers can take up to 3 days to settle.

The CBN (Nigeria’s Financial regulator) has also initiated several policies to encourage individuals to go cashless. Despite these advancements in the financial services space in Nigeria, when we look a little closer look into the situation of things, the CBN tells us that the amount of cash in circulation in October 2021 rose by 4.6% to 3 trillion naira ($7.3 billion) compared to the same period the month before — proving, once again, that cash is still king and a major portion of the population still like to transact in cash. The love for cash-based transactions is also prevalent in Vietnam, where over 80% of transactions are cash-based. While we believe that a major portion of the Nigerian population is only comfortable with cash, we believe that with the widespread adoption of mobile phones, better technology can be deployed to bring more people into formal financial services by meeting them where they are i.e without the need for formal banks; cue — Mobile Money and Agency Banking.

In Nigeria, the volume of POS transactions processed in 2021 alone was over $8bn and the sector continues to grow year on year. Over the next decade, and with the continuous innovation and investments surrounding mobile money, we should see more and more people access basic financial services bearing in mind that they may never own a bank account at a traditional banking institution. The big bet is on Mobile Money services to accelerate this future.

With that said, Let’s take a look into how a typical Mobile Money or Agency banking transaction works.

How does Mobile Money/Agency Banking Work?

Mobile Money transactions can be completed in a number of ways:

Regardless of what method is used, transactions are usually completed within 5 mins — a testament to the innovation that has occurred within the space.

With a mobile phone as cheap as $5, you can pay bills, send money to other mPesa users, take a loan, and more. In rural areas without banks or where the closest bank is too far away from residents, mobile money Agents (mPesa Agents in this case) facilitate cash deposits and withdrawals — think of a human ATM.

Here’s a walkthrough of a transaction at a typical Mobile Money Agent.

In most of Sub-saharan Africa, this is how most Mobile Money transactions go.

In Nigeria, it’s a little different.

The most common trend in the last few years has been a network of Agents spearheaded by giant payment companies or MMOs (Mobile Money Operators) such as Opay, Moniepoint, Paga, Xpressteller, and more. Typically, these MMOs deploy Mobile POS terminals that Agents can use to start their own Agent Banking business.

See how to become a mobile money agent in Nigeria here

With increasing innovation in this space, MMOs have started to deploy android based devices that can process card transactions and print receipts. These devices can also be used to pay bills, purchase airtime, perform inter-bank transfers, and more — meaning that the customers of these Agents can perform all the services they’ll typically do at a traditional bank at a Mobile Money Agent.

What’s the difference between a Mobile Money Agent and a POS Agent?

Traditionally, in most of West Africa and East Africa, Mobile Money has been a medium for carrying out financial transactions where the store of value is in a wallet on a mobile phone device linked to a customer’s mobile phone number. Transactions are facilitated on the network of the Telecom operator’s the user is subscribed to — popular options include MTN in Benin Republic, Orange in Guinea, and Safaricom in Kenya.

In Benin Republic for example, where MTN’s MoMo is dominant, users move money around using their MoMo wallet which can be done using an App on their Mobile device or using USSD shortcodes from their mobile phone. MTN processed $709m in transactions in July of 2021 with only a quarter of the entire population of Benin Republic as active users!

To paint a better picture, over 11m Mobile Money accounts were registered in 2021 compared to 2m Bank accounts proving the mass adoption of mobile money.

Until recently when the Central Bank of Nigeria awarded PSB (Payment Service Bank) licenses to Telecom Operators in Nigeria, MTN was unable to replicate their MoMo model in Nigeria. Since obtaining that license, MTN has registered MoMo (short for Mobile Money) as a payment bank in Nigeria and are beginning to scale their Agent network across the country. With Telcom companies now playing in the financial service space, it means more competition for the likes of TeamApt’s MoniePoint, Opay, and Palmpay amongst others — who are Mobile Money Operators but not telecom service providers. For MTN, the numbers are already there since they have the largest subscriber base in Nigeria.

At Moni, we think about Mobile Money a little differently. Because of the variations in how Mobile Money operates around the world, we like to think about Mobile Money in the sense of mobility — we see Mobile Money as any digital system that allows the banked, underbanked and unbanked to participate in financial services by removing/reducing the barriers to participation associated with traditional financial institutions; this may be via the use of Mobile POS terminals, Mobile Phones that double as POS terminals, QR codes linked to QR Cards/Mobile Devices (like in the case of Wave Mobile Money) or scan to pay apps.

We see Mobile Money as any technology system that allows the banked, underbanked and unbanked to participate in financial services by removing/reducing the barriers to participation associated with traditional financial institutions; this may be via the use of POS terminals, Mobile Phones that double as POS terminals, QR codes linked to QR Cards/Mobile Devices (like in the case of Wave Mobile Money) or scan to pay apps

How much does a Typical Mobile Money Agent Make?

Revenue earned by Mobile Money Agents can vary swiftly from place to place. While some areas are high volume and high traffic — consider a market for example, other areas may be high volume but low traffic. In a busy market, a Mobile Money Agent is likely to process over 30 - 50 transactions within a day with high volumes. On the other hand, in a residential/commercial area under development, a mobile money Agent may not see a lot of foot traffic but may process a high volume of transactions as vendors and contractors move money around.

On average, in the Nigerian market, the cost of acquiring a POS Terminal is around N20k — N25k(~$54). Besides the cost of acquiring a terminal, Mobile Money Agents will also need to get a location for their business and may need to pay rent for the space. In our experience, many Mobile Money Agents use existing Mom and Pop outlets — which may or may not belong to them — as their primary place of Business. In Nigeria, Agents charge for transactions as follows:

Starting a Mobile Money Business in Africa is not all rosy despite all the innovation occurring in the space. For one, individuals interested in starting their own Mobile Money/Agency Banking outlet need working capital to get started — this working capital may not be readily available, in which case they’d need to take a loan from friends and family since a traditional Bank will not offer them that level of credit without collateral.

Besides the issue with working capital, in Benin Republic, setting up shop as a MoMo Agent can take anywhere from 2–4 months due to the paperwork and bureaucracy involved.

To wrap up, we’ll continue to see innovation in the Agency Banking and mobile money space across Africa as technology companies find ways to help the banked, unbanked, and underbanked access financial services through Agency Banking networks or as we like to call them at Moni — human ATMs.

At Moni, we provide credit/float/working capital to Mobile Money Agents using a CoFi (Community Financing) model based on their social reputation. Our model allows Agents to facilitate more transactions thus ensuring that they earn more and prosper! 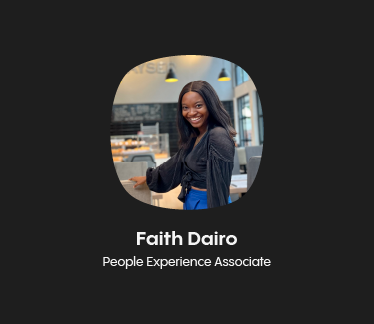 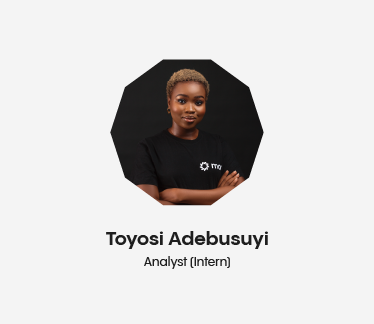 7 Reasons Why You Should Save

A Beginner's Guide To Savings

Thank you! Your submission has been received!
Oops! Something went wrong while submitting the form. 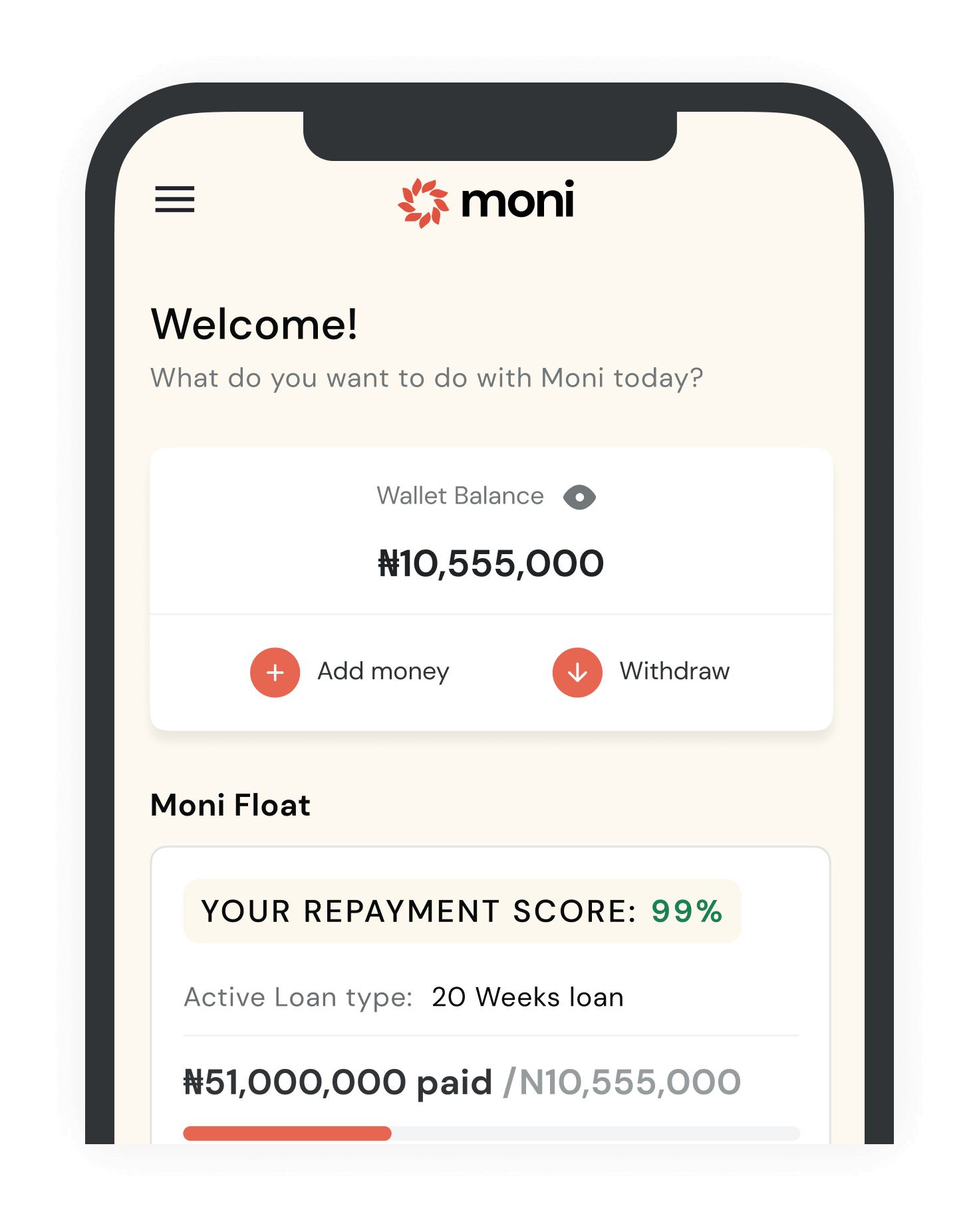 Moni is a product of Rank Capital Limited (Rank). Rank is duly licensed by the Lagos State Government to operate as a money lender and a deposit institution. Rank is also approved to operate as a digital money lender in Nigeria by the Federal Competition and Consumer Protection Commission